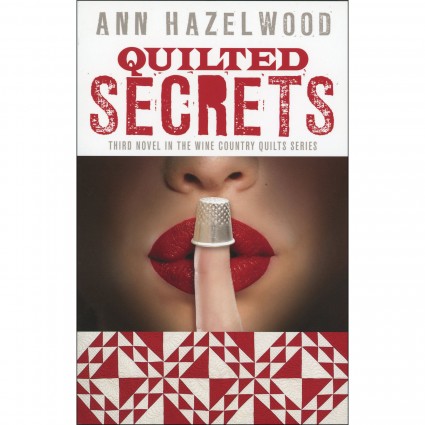 Many people carry the burden of at least one secret, and Lily is no exception. She tries to keep it to herself, even as she encounters many hush-hush tales heard in her quilt class, throughout the community, and from friends and family members. Some secrets, like those of the doctor who once lived in Lily’s house, may never be known. An unexpected, life-changing secret is revealed when Lily’s estranged cousin comes to visit. Can she keep it to herself? Third novel in the Wine Country Quilts Series.